The Interlock is set to delight future residents, employees and visitors with ample natural light and access to views through View Smart Windows.

The 4.28-acre site was purchased from Downtown Development Authority of the city of Roswell and is the future site of lifestyle community Southern Post.

The Interlock, an under-construction West Midtown mixed-use, could dramatically increase its footprint with a second phase not initially announced as part of the project.

Developer S.J. Collins Enterprises recently filed for several zoning variances and special use permits with the City of Atlanta for what it’s calling “The Interlock II.”

The filings are on the February 6, 2020, agenda within Neighborhood Planning Unit-E (NPU-E).

The Interlock II would be bound by Northside Drive, 11th Street, and Ethel Street, across roughly 4.5 acres, according to the filings.

Puttshack Moving Forward With $2.5 Million Mini-Golf Facility in The Interlock

Puttshack, an “upscale, tech-infused mini-golf experience” from the founders of Topgolf, is moving forward in The Interlock, a $450 million development at 14th Street and Howell Mill Road. 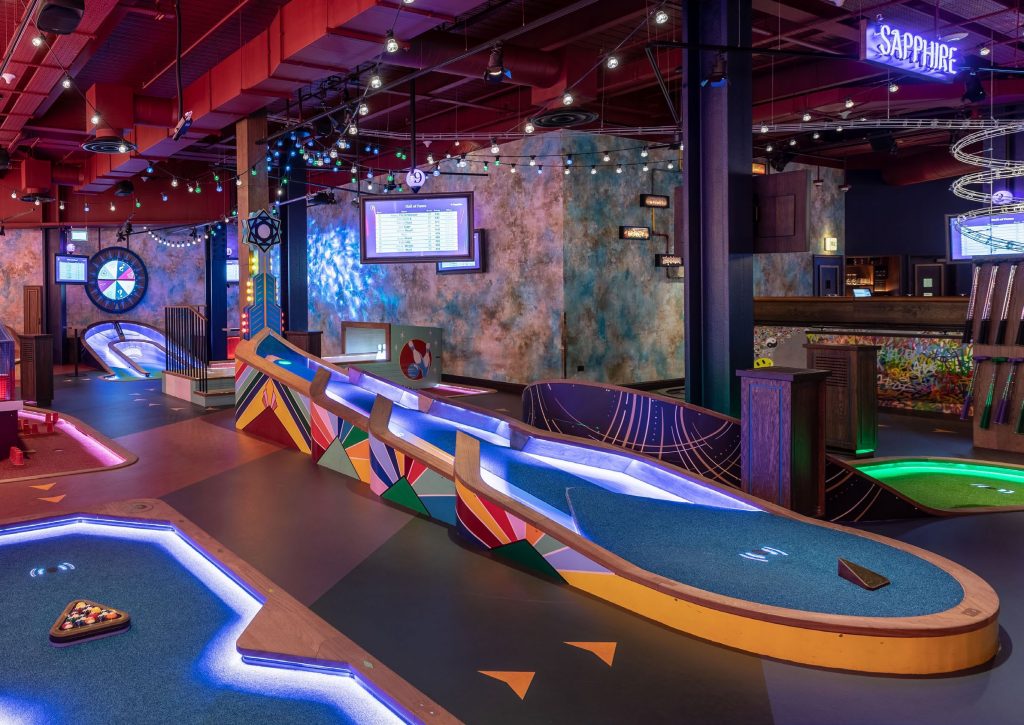 A permit application this week was filed with the City of Atlanta to buildout the nearly 21,000-square-foot entertainment facility, complete with four mini-golf courses (36 holes), “upscale” food and beverage, a rooftop patio, and private event space.