3 years in the making, Charleston’s second Whole Foods is close to opening

3 years in the making, Charleston’s second Whole Foods is close to opening 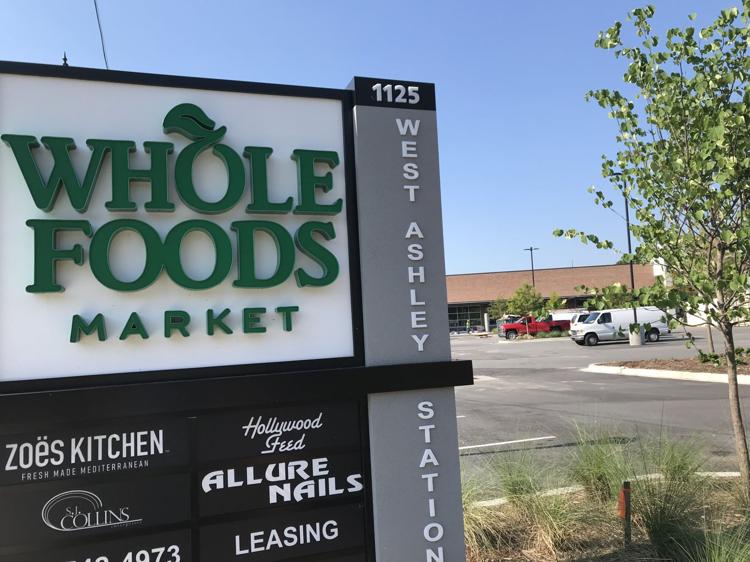 Three years ago this month, Whole Foods Market announced during a quarterly earnings report the upscale grocer planned to open a second supermarket in Greater Charleston.

In just a few months, the long wait for West Ashley residents could be over.

A spokeswoman for the Texas-based company said no official date has been set, but the store should open by late summer. That puts it in the August-September time frame.

An announcement with a more specific date will be made four to six weeks before the Savannah Highway store’s opening.

During the winter of 2016, the grocer made its site selection known in the new West Ashley Station Shopping Center off Farmfield Avenue beside Doscher’s IGA grocery store. Demolition and site work began in February 2017 in what has become a protracted construction project.

Whole Foods’ other Charleston-area store is seven miles to the north in Patriots Plaza Shopping Center on Houston Northcutt Boulevard in Mount Pleasant.

Also in the realm of Whole Foods news, the grocer will celebrate Prime Day with an enticing offer: free money.

The Amazon-owned grocery chain is offering Prime members a $10 credit to use during the 36-hour Prime Day sale when they spend $10 or more at Whole Foods through Tuesday.

The grocer is also offering other deals, including doubling the cash-back bonus to 10 percent from 5 percent for Amazon Prime Rewards Visa card holders between Saturday and Tuesday.

Also, first-time customers of Amazon’s Prime Now delivery service will get $10 off their first order and an additional $10 off a future order. They can also save on groceries with special deals through Tuesday.

Prime Day starts at 3 p.m. Monday. To qualify for special deals, a Prime membership costs $119 a year.
On the way

Waffle House recently purchased property in the area as well for a new restaurant. The Sunshine House also plans to build an 11,000-square-foot day school and playground in the area. Both of those and the strip center are set to open during the first quarter of 2019.

This is the same area where Foxbank Elementary School will open in August, and Moncks Corner plans to build a new fire station behind Foxbank Towne Center.